We want to hear from you!

To send us a tip or your own account of a strange story you heard, a peculiar place you visited, or a mysterious bit of history, email us at offbeatominous@gmail.com. If we think your contribution is a good fit and you agree to let us publish it, we may feature your words below!
Share with us what you know (and what you've been told) about Central Ontario, the Greater Toronto Area, and the Buffalo-Niagara region.

Neither Model Nor a City 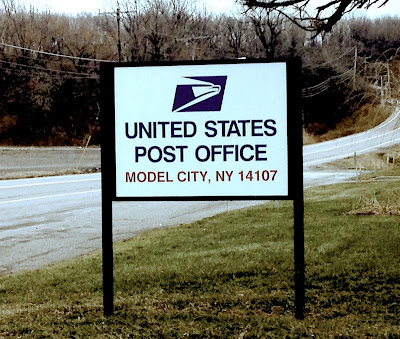 In the early 1890s, around the time that the women's suffrage movement was gaining traction and basketball was a novel invention, William T. Love (of Love Canal infamy) decided to create a utopian city along the banks of the Niagara River. One hundred twenty-odd years later, on the very spot that Love selected to build this urban paradise, there is little more than one long road, a smattering of shops, and a landfill. Welcome to Model City, New York. 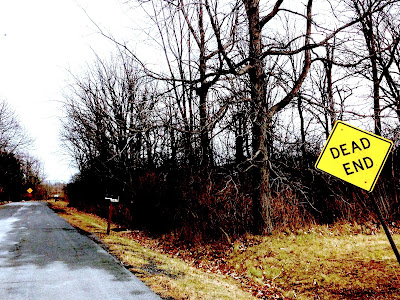 Love's original plan was to divert some of the water of the Niagara River along a new canal that would bear his name (and never be completed), creating a new waterway that would generate hydroelectric power for a thriving community. This canal, according to Love's plans, would run through the western edge of New York and cross the Niagara Escarpment, which is a lengthy range of cliffs that runs from Jefferson County, New York, to the Wisconsin-Illinois border, similar to the Welland Canal's route in Ontario. Unlike the Welland Canal, though, the Love Canal would feature a waterfall that would supply energy, much like how Canada and the U.S. capitalize on the three waterfalls of Niagara Falls for power.

As the story goes, Love began the construction of the canal's southern entrance, digging in what is now the Love Canal neighborhood, as he drew up further plans for his Model City, which he envisioned housing two million residents. Alas, as luck would have it, the Panic of 1894 arrived on the scene and scared away all of Love's investors. Though the construction on the Love Canal would continue in fits and starts for a few years afterward, the project was eventually abandoned, and all that remained of Love's Model City were the few foundries that he had attracted to the area. Since that time, Model City has remained a home to small factors and a dumping ground for industrial waste. Though the landfill in Model City is a steady source of revenue for New York, the state of the community is hardly what Love had in mind. In addition, the presence of radioactive waste from the Manhattan Project lies just a half-mile away from the Lewiston-Porter Central School District, a little too close for comfort to the 2500 students who attend the complex's four schools. 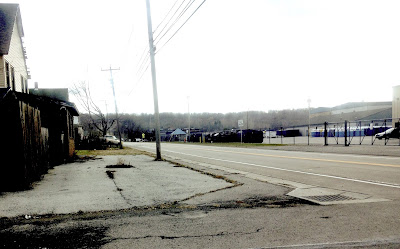 Model City today can be found by driving along Ridge Road in Lewiston and turning onto Model City Road, which which runs just shy of 1.5 miles north before intersecting with Swann Road. The neighborhood extends north to Pletcher Road, where the industrial landfill can be found. There is very little to see on these lonely lanes beyond a post office, some houses on a side street or two, and aging factories and parking lots. The fact that the name Model City appears on the GPS can appear a little odd to drivers on their way to Lewiston City Hall or Smokin Joes on the Tuscarora Reservation to the south. Just as with Love Canal in the next town over, Model City serves as an eerie reminder of a bygone time, one in which developers descended upon the Niagara Falls area with big dreams that were never truly realized. 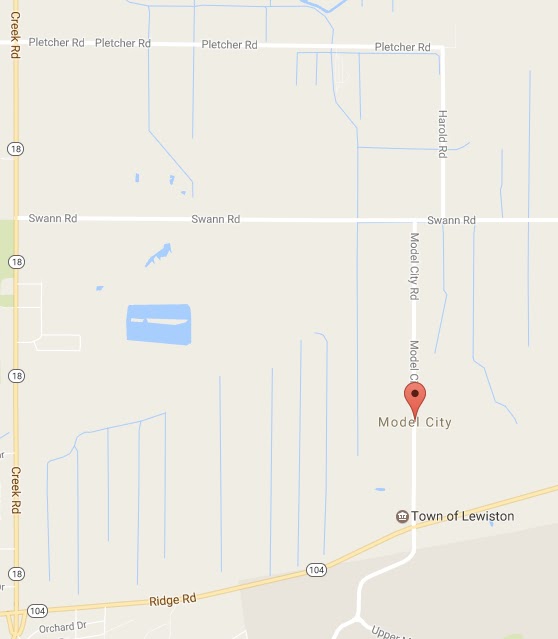 Sources:
• Depalma, Anthony. "A Toxic Waste Capital Looks to Spread It Around; Upstate Dump Is the Last in the Northeast." 10 March 2004. http://www.nytimes.com/2004/03/10/nyregion/toxic-waste-capital-looks-spread-it-around-upstate-dump-last-northeast.html

• Germain, David. "There's No Love Lost for Entrepreneur Who Envisioned Model City : Environment: Most historians contend his plan for a metropolis on the shores of Niagara River was never more than a con. Others call him naive. The unintended result was Love Canal." Los Angeles Times. 16 May 1993. http://articles.latimes.com/1993-05-16/news/mn-35999_1_love-canal